On Grace & Frankie, it’s the biggest sports event of the year. For you, the National Spelling Bee might not be quite that exciting, but it really is a fun event to watch. Starting on Tuesday, May 31st, and continuing through Thursday, June 2nd, the Scripps National Spelling Bee brings together young students from across the world to test their vocabulary skills. With champions spelling words like marocain and koinonia, you can probably learn a thing or two from watching the competition – and have a good time, too.

The Scripps National Spelling Bee is a yearly competition held each spring in Washington, D.C. Though it’s labeled a “national” spelling bee, the Bee has a global reach. It’s attracted competitors from countries like Ghana, Jamaica, and New Zealand. Participants are all aged fourteen or younger and are middle- or elementary-school students.

Ultimately, the Scripps National Spelling Bee is the culmination of many stages of competition. Everyone who competes in the bee must have won a large regional competition in their area, with some of these bees being statewide spell-offs. After winning at this level, contestants can advance to the nationwide competition. But even here there is far more than a single round of spelling. First, players face a preliminary round, which is mostly administered by a computer; then, the first official round of the competition, Round One, has also historically been a written or digital administered test. These two rounds do a lot to weed down the number of competitors. The final four rounds – Round Two, Round Three, the Semifinals, and the Finals – are all oral rounds that are administered like stereotypical spelling bees. If a contestant spells a word incorrectly in one of these rounds, they will be eliminated.

Past Winners of the Bee

While this spelling bee system might seem like it’d always spit out a single winner, in fact, there have been several years where multiple kids have shared the crown of the best speller. In 2019, for instance, eight different contestants were declared co-winners of the bee when judges simply ran out of difficult words to administer. However, the rules of the competition have since been reworked, in part to try to decrease the number of champions who may win in future years.

Some of the most notable past champions are:

How Hard Is It To Win, Actually?

If you’re an accomplished reader or writer, you might think it’s not that hard to win a spelling bee. But think again. Each year, the Scripps National Spelling Bee gets harder and harder to win, and there’s been a huge increase in the difficulty of winning words between the inception of the Bee in 1925 to the present. With words like auslaut, erysipelas, bougainvillea, aiguillette, and cernuous topping out the lists, it’s no easy feat to grab the title and win $50,000.

Put another way: in 2018 and 2019, more than 500 spellers entered the competition’s first round. These spellers were all the very best in their individual regions. Even in the year that eight competitors jointly won, only 1.4% of competitors got a title. And that’s just the people who already made It to the Scripps Bee. In comparison, about 5% of applicants are admitted to Harvard University.

How to Watch the Scripps National Spelling Bee

The 94th Scripps National Spelling Bee will be held this week, from May 31st to June 2nd, in Washington D.C. If you’d like to tune in to the competition, you can stream the Bee on the news network ION. The Bee will also be available on the BOUNCE television network. 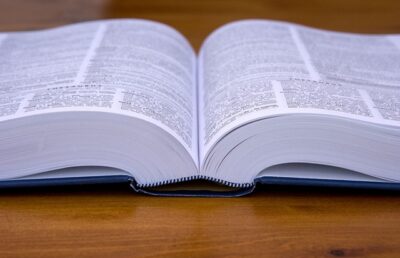 How Many Words Are There in the English Language?

Effective ways to use the letter “X” in Scrabble