Assuming you haven’t been totally oblivious to word games, you’ve probably heard of Wordle, an online word game that requires players to guess a five-letter word in six tries. Since being featured in major publications like The New York Times and The Wall Street Journal, the game has exploded in popularity. In many ways, it feels like it’s invaded every corner of the puzzling internet. If you’re one of the converts, here are ten fun facts about Wordle to tell all your puzzling friends.

Wardle, who works at Reddit, first envisioned the game in 2020 at the peak of the first COVID-19 lockdown. But it would be over a year before he shared the game online.

Created during pandemic-related isolation, Wordle was partly a way for Wardle to keep himself entertained. But it was also a declaration of love for his partner, Palak Shah, who loves word games. She provided input on the game and ultimately helped him to narrow down word lists.

A fan of puns – and, clearly, wordplay – Josh Wardle named the game after himself, with a small change to make the game’s word-based origins obvious to new players.

Partially attributable to Wordle’s online nature, the game grew at an incredible rate. It was first released to the public in November of 2021. On its very first day available to the public, 90 people played Wordle. By mid-January of 2022, that number had reached over two million. It remains unclear what the future of Wordle will look like – if it will endure as a favorite word game or if it will ultimately die off. But regardless, it’s a clear story of success in the age of the internet.

Wardle says he’s composed a list of approximately 2,500 five-letter words. At Wordle’s current rate of one game a day, that list would last just under seven years. At that point, it’s unclear what the game would look like. The game could circle back to the beginning of the word list (seven years does seem long enough to forget those early words), or a new version of the game could be created counting four- or six-letter words. Alternately, the game might end.

You might be thinking that 2,500 seems like a very small number if it’s meant to encompass all the five-letter words in the English language. Surely there are more! And yes, there are: there are technically 12,000 English words that are five letters long. However, many of those words are outdated or so rarely used that your average player wouldn’t know them. Since Wordle relies on a player being able to guess a word in relatively few tries, it’s important that words aren’t too rare. Theoretically, a second Wordle game could be created using these archaic words. However, that game might have to give players more than six guesses to get each word.

Because of Wordle’s relatively simple board design, it’s easy for players to replicate their scores using square emojis. They simply have to line up six rows of five squares, patterning the grey, green, and yellow squares as they appear in their daily play. This method of sharing scores is effective not only because of its simplicity but also because of its thoroughness, which captures the nuance of scoring on Wordle. And, at the same time, it manages not to spoil the word of the day. After seeing users on Twitter sharing their scores in this way, Wardle quickly created a share function on the Wordle site using the same square emojis. He considered also adding a link to the Wordle website, which would show up at the bottom of the automated results. Ultimately, though, he decided it looked too tacky and abstained.

If you play Wordle, there’s a good chance you’ve found yourself bemoaning the slow nature of the game. Players only get one game a day, meaning once you’ve finished your game, you’re done. You can’t even go back and play old games! However, Wardle says that this is actually part of the game’s appeal. Unlike other games, Wordle, he says, wants three minutes of your day and no more. There’s no data mining, no ads, and ultimately, nothing but the brief challenge of a daily word game. So, sorry, Wordle fans – it looks like you won’t be getting more content any time soon!

Though for most Wordle games this doesn’t matter – as most words are spelled the same in British and American English – there have been a few notable instances that enraged enthusiasts across the pond, including the solution ‘FAVOR.’ British spellers, who were less likely to guess this word – seeing as ‘FAVOR’ is spelled ‘FAVOUR’ in the U.K. – protested the word’s inclusion.

Controversy came to the Wordle space when Wardle decided to sell Wordle to The New York Times for a hefty sum. Players worried about the game being put behind a paywall or attacked with ads. But as Wardle told The Guardian in an interview before the acquisition, “It’s not my full-time job. And I don’t want it to become a source of stress and anxiety in my life.” Good for Wardle — and hopefully, good for us!

Our Other Wordle Tools

Are you a major Wordle fan? Be sure to check out some of our other helpful Wordle tools, including our Wordle Solver Tool for when you’re stuck! Or check out our Daily Anagram game, which can help keep you entertained once you’ve finished your daily Wordle. 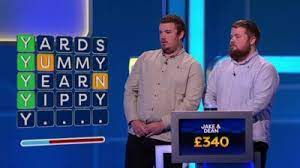 Effective ways to use the letter “X” in Scrabble