Long Words That Are Phonetic

One of the hardest languages in the world to learn is English, in part because of its strange spelling system. With words adapted from a variety of different original alphabets and tongues – including Latin, French, and German – there is little consistency in grammar rules within English. As a result, it can be very hard for people to learn how to read and write in English, even if they already speak fluent oral English.

This is a pretty obvious one: a strawberry is a type of red berry which is commonly eaten in North America and around the world. Pick up a pint at your next grocery store run, or feel comfortable ordering a strawberry smoothie at a restaurant knowing this word is hard to mispronounce.

Taking it back to elementary school days. A yardstick is a measuring tool that is three feet, or one yard, long. It also usually has markings for inches, so you can see how badly you mangled cutting your construction paper for your craft. But at least it’s hard to mangle the pronunciation of this word.

Jump on the bandwagon with this easy-to-pronounce term. Bandcamp is an online app that is used for music distribution. Or, alternatively, it can refer to the week you spent in the searing sun every August before high school started, marching in muddy fields and practicing your trombone.

This one’s a little shorter, but it’s worth noting because it might surprise you. Eleven – yes, the number between ten and twelve – is actually phonetic. Try to pronounce it and you’ll see.

The term garments means “an item of clothing.” But though people can struggle to say “clothes,” garments is a really easy word to pick up.

Genealogy is a complex subject, but spelling the word out doesn’t have to be. Once you know how to pronounce genealogy, it’s a simple matter to spell the word.

The drivers themselves are essential to the functioning of the city, and the word is an essential phonetic term that kids and ESL learners can easily pick up.

Abstinence gets a bad name: it’s not like Prohibition went over well. But at the very least, the word abstinent is easy to spell. Meaning “refraining from an activity or the consumption of something, especially alcohol,” you won’t have to worry about refraining from spelling or reading this word.

The idea of a language that is entirely phonetic is tantalizing. Tragically, that language is probably impossible to find, at least in the Romance or Germanic languages, but that doesn’t mean you can’t enjoy easy-to-spell terms like tantalized, meaning “tormented or teased.”

Maladapted means “inadequately or inappropriately adapted to the environment or situation.” If this list has taught you anything, it’s probably that English is maladapted to an environment where everyone needs to be able to read and write things. But English looks like it’s here to stay. 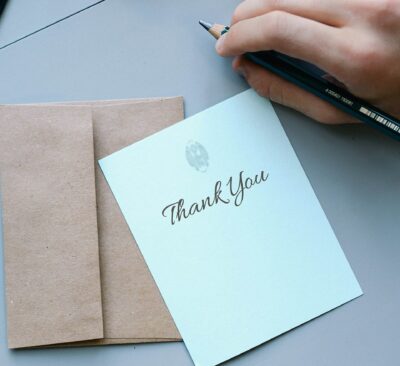 How to Write a Thank You Note

Word Games You Can Play Outside