Sometimes, Wordle comes up with a word so strange or obscure that you can’t do much but scratch your head. Bayou, anyone? The 344th Wordle, dated May 29th, stumped and frustrated a lot of people online. But for every tricky Wordle answer, there’s also one that’s absurdly easy. Here’s a list of the ten easiest Wordles so far.

When people discovered the answer to this Wordle, they were calling it the easiest of all time. CLOTH on March 6th earned what might have been a record number of two-guess winners. Not only does CLOTH contain a lot of common letters, but it’s also a relatively frequently used word, meaning it was likely at the front of a lot of people’s minds as a possible guess.

Again, TRAIN is easy to guess because it is both a common word and contains common letters. With no real mystery letters here, a lot of players got TRAIN in just a few tries.

The most common starting letter for Wordle words is S. Similarly, T, O, and R are all relatively common letters, and Y, when it’s included in Wordle, is often the last letter. That makes this term a slam dunk for many players.

There’s a pattern with these words: all it takes to be easy to guess is some common letters in some common places. And since people talk about METAL objects a lot, this word wasn’t exactly hard to remember.

Sometimes, after a really tricky Wordle, you might feel like you need a drink – but not after this one! The common ending of INK in this word helped many players get it in just a couple of guesses. And, again, the frequency of the term DRINK as used in English likely helped, too.

You probably didn’t need a cheat to get this word. Though this was played before Wordle really made it big online – and so it’s hard to say exactly how well people did on it – it’s hard to imagine this was a very tricky word to guess, especially if you’re already in a gaming mindset.

You don’t have to be SMART to get this one! With a bunch of common letters and that common S start, this one is easy to guess. It’s such a good word, it’s even a lot of people’s starting guess – though, tragically, this word was the answer all the way back in November, meaning few people got to get that lucky all-green first guess.

Another S word in for the win! A frequently-used term with common letters, the only thing here that might trip some people up is the silent E on the end.

Serendipitously, this word was the answer on Earth Day. Was it a coincidence, or was it a PLANT? Either way, lots of people got this word very quickly.

You might feel like TRASH when you lose Wordle, but hopefully guessing this term made you feel good. Again, with lots of common letters, this one was relatively easy for many people to guess, though the placement of the S – second to last – and the H – last – was a tiny bit tricky.

Wordle only lets you play one game a day, but there are other word games out there that aren’t quite so limited. Check out The Word Finder’s own Lingle games, which allow you to play unlimited word-guessing games from 3- to 10-letters long. Or check out our Wordle Solver, which can help you on a day when Wordle comes up with trickier puzzles. 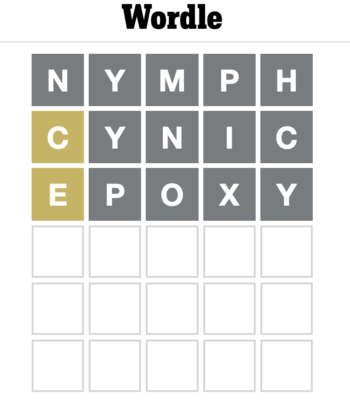 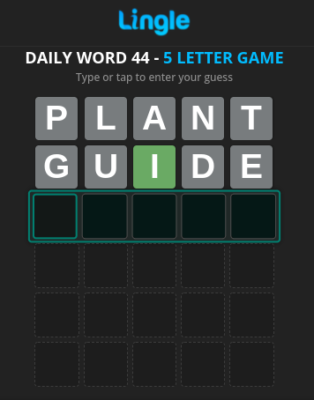 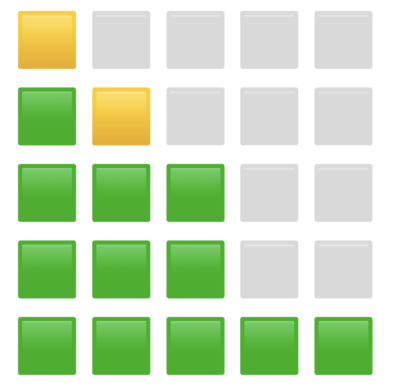