Colons and semicolons: who came up with these things, anyway? Even their names are designed to be confusing. It can be hard to know when to use which punctuation mark, or if you should even use them at all. Read on to learn more about when to use colons vs. semicolons, and at the end, test your knowledge with our quick quiz.

When to Use a Colon

A colon is a punctuation mark consisting of two dots. The colon has two potential uses. First, in its most common usage, a colon can be used to signify a list to come. For instance, you might say: “I liked all kinds of cheese: American, Muenster, Swiss, and Gouda.” Or, “I liked her a lot: liked her hair, liked her smile, liked the way she laughed at my horrible jokes.” This usage is unique to the colon. A semicolon cannot be used to list items in this way.

A colon can also be used to connect two related sentences. In this usage, the colon is used to emphasize the second sentence. For instance, you might write: “Global warming is becoming a real problem: It’s January, and it hasn’t even snowed yet in Chicago!” Or, “She’s a real sweet gal: She even brought me a donut for my birthday.”

Importantly, this second usage, as a connector between two sentences, is actually the same for both colons and semicolons. That is to say, in the sentence “She’s a real sweet gal: She even brought me a donut for my birthday,” you could use a colon, or you could use a semicolon. There is no real grammatical difference between these two usages, aside from the fact that a colon emphasizes the second sentence slightly more strongly. A semicolon gives a gentler, more subtle read.

When to Use a Semicolon

A semicolon is a punctuation mark consisting of a dot and a comma. The semicolon also has two potential uses. First, it can be used to separate the sections of a list when each section of a list itself contains commas. For instance, say you wanted to list the members of your family and their professions. You might write, “I introduced my father, the pastor; my brother, the English teacher; my sister, the criminal lawyer; and my cousin, the cow herder.” Or, if you were listing cities and their associated countries, you might write something like: “I’ve been to Shanghai, China; Tokyo, Japan; Sydney, Australia; Los Angeles, California; and Toronto, Canada.” Semicolons help divide each section of the list clearly, in the same way that commas do, without allowing for confusion because of the other commas in the sentence.

The other use of semicolons, which is their most common use, is that mentioned above: connecting two related sentences. For instance, you might write, “It was winter, and the sun was setting at 4 pm every day; I was depressed.” Or you might say, “She had learned not to trust the Amtrak system; her train was delayed every time.” Again, a colon can be used in place of a semicolon in this usage without affecting grammatical correctness. However, semicolons are much more commonly used in this situation than colons, so if you’re trying to decide between the two, a semicolon is probably your best bet.

Tips to Remember the Difference

Because semicolons and colons can both be used to connect like clauses, you only need to remember the difference between how to use colons vs. semicolons in lists. One easy hack is to remember that semicolons, which contain a comma, can be substituted for a comma in complicated lists. For instance, you would use a semicolon in place of the standard commas in the list: “I liked books including Twilight, a vampire novel by Stephanie Meyer; the classic book Little Women by Louisa May Alcott; and the Underground Railroad by Colson Whitehead, which won the Pulitzer Prize.”

On the other hand, a colon, which does not contain a comma, cannot be used in place of commas in lists. Instead, a colon can be used before a list begins, to indicate that example objects are to come. For instance, you can use the colon in a list like, “She asked Santa for plenty of toys: a Barbie doll, a monster truck, a box of Play-doh, and a Chinese New Year tea set.”

The best way to make sure you understand when to use colons vs. semicolons is to test yourself. Read the sentence below and decide if semicolons and colons have been used accurately or inaccurately. Find you’re still struggling? Re-read the article and try again.

If you’re teaching yourself English grammar, be sure to check out some of our other grammar-related blog posts, including our blog post on Accept vs. Except and our post on Their, They’re, and There. 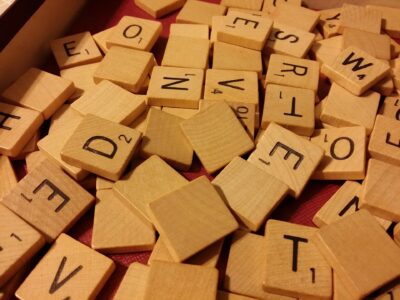 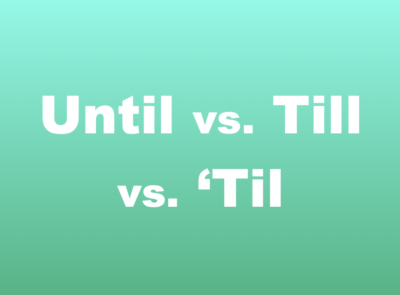